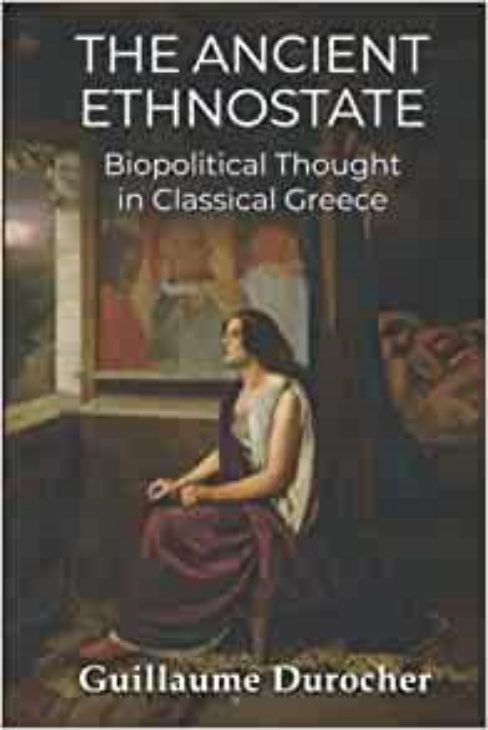 Biopolitics is as old as Western civilization itself. Twenty-five centuries ago, the Greeks ordered their societies according to ideals that enabled them to survive and thrive in a violent world: the rearing and education of children with a view to excellence and the common good, solidarity with kin, the cultivation of civic identity, and an intense patriotism inseparable from manly virtue. In all this, the Greeks had hereditarian insights into human nature that strikingly prefigured Darwinian science.

The Ancient Ethnostate is an evolutionary survey of this golden thread in Greek literature from Homer to Aristotle. Above all, this book seeks to familiarize the reader with the remarkable mindset of the ancient Greeks, one which enabled them to realize astonishing political and cultural exploits.

“Guillaume Durocher has produced an authoritative, beautifully written, and even inspirational account of the ancient Greeks . . . he adds an evolutionary perspective that is sorely lacking in contemporary academia.” – Kevin MacDonald, Professor Emeritus at California State University, Long Beach

“The Ancient Ethnostate examines Hellenic culture and politics as a particularly fertile way of life. His analysis is free of political correctness and has great relevance for Europeans today.”
– Robert Steuckers

“Durocher . . . knows his history and he doesn’t misrepresent the ancient past. His problem is that he assumes that past is admirable and worthy of emulation.”
– Pharos(Vassar College)